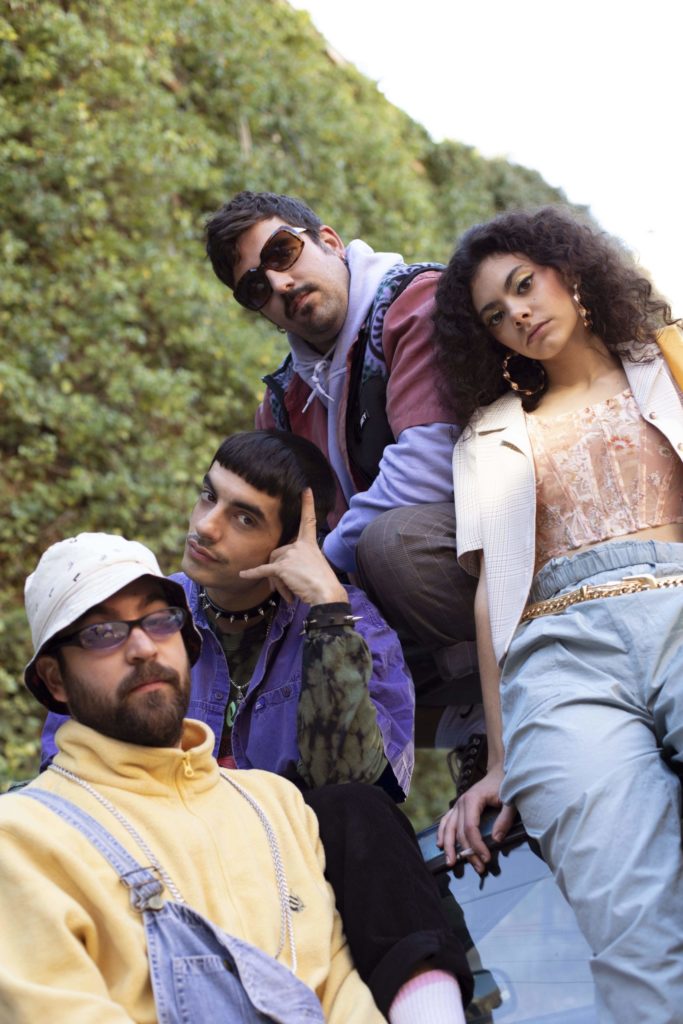 Bounties come from Terrassa, in Barcelona, Spain. Behind this foursome we find Otto, Ari, Pau and Xevi. Back in 2017 they released an EP entitled “Su!” and today they start their adventure with Luup Records label releasing their debut album “Venga, No“, an album that perfectly captures the essence of the band: laidback, playful and ready to rock.

Combining Spanish, Catalan and English, Bounties make their style unique playing between pop and trap using digital effects and also a bit of rock to remind us all their crazy beginings playing lo-fi garage. An explosion of different sounds, a crazy playful full of personality live set, and their energetic vibes are the perfect ingredients to enjoy the band. Bounties have been selected as one of the emerging bands of the year by Radio3, the most important indie radio station in Spain.